Have You Or Someone You Know Been Injured Due to Negligent Security? 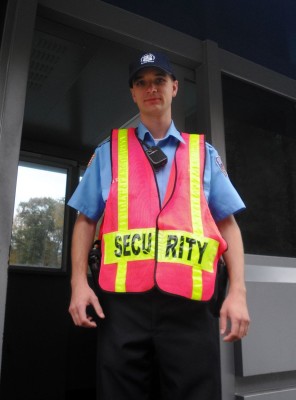 If you have been injured due to what you believe to be an act of negligent security, call Friedman Legal Solutions at 1-888-411-1677 for a free consultation today. Corey B. Friedman has experience in successfully litigating a variety of Negligent Security cases against international hotel organizations and multinational corporations.

In its broadest sense, the legal concept of premises liability (e.g., the liability of the land owner or occupant in control of land or those perceived in control of a certain piece of property) has a variety of sub genres: Slip/trip and fall, negligent security (harm caused by third parties versus harm actually caused by the security itself), negligent design of property (including Crime Prevention Through Environmental Design "CPTED"), and negligence for which a land possessor has failed to warn of latent harms causing injury to particularly defined individuals, this article will focus on Negligent Security. It should also be understood that the concept of Negligent Security is nebulous enough so that it is not confined within the realm of premises liability. This article should not be taken as an exhaustive understanding of Negligent Security law in Florida though it should be enough to provide you the reader with just enough information to determine whether there may be a negligence cause of action based on one of the several prevailing negligent security theories.

All five of these tenets should be viewed and analyzed with the understanding of foreseeability. For example, if a security protocol fails to conform with either an industry standard or an individualized set standard at a particular location, is the harm that the victim suffered something that was foreseeable? Thus, if an individual is a guest at a hotel which has security guards on premises but is later attacked by a third party on the property and subsequently finds out that the property was located in a “high crime” area, that attack may have been considered foreseeable and an evaluation of the security protocols in place at the time of the attach must be performed to determine whether the victim has a viable negligent security / negligence cause of action.

How does one check to see if an area is considered “high-crime”? You should hire an attorney who has experience with negligent security matters so that they can properly request the necessary information from local law enforcement to research this issue. Also, you should think about whether the mere presence of security officers at a location is a tacit admission that there is a perceived or foreseeable harm which would not necessarily be apparent but for the existence of those security officers. Further, particular locations may be considered magnets for crime. Think about a businesses or restaurant which is open 24 hours (where individuals go to sober up after the bars close), located on or near the interstate… you get the point.

One should note that not only would the security company be a responsible party, but also the land owner, and any party in control of the property such as a lessee because providing a safe premises and protecting individuals from these types of harms is considered, in Florida, to be a non-delegable duty. More on this below.

This article will analyze each of the five tenets as stated above.

1. "A Flaw in the Design of a Security Process or Protocol which Gives Rise to a Foreseeable Harm to Someone." Certain businesses or industries adopt their own protocols and processes after a security audit is performed. These protocols and processes are what is believed the best way to secure someone or something after analyzing all potential risks. It is therefore axiomatic that any deviation from those protocols and processes could lead to a lack or a "gap" of/in security for the subject and thus making the subject vulnerable to a foreseeable harm. You should hire an attorney who knows what a FOB / Deggy system is and enough of an understanding to request the “post orders” during the discovery process.

2. "Failing to Conform to Security Industry Standards thus giving Rise to a Foreseeable Harm to Someone." Here, regardless of whether a security audit is performed (although it is best practice to have security audits performed regularly) security professionals are supposed to adhere to certain industry standards. The American National Standards Institute "ANSI" is an organization which provides training and literature within the security industry thus "standardizing" it. While deviations from these "standards" are not automatically "negligent", they are evidence that an organization failed to observe and act in accordance with industry accepted standards thus making a subject vulnerable to a foreseeable harm which they wouldn't have been had that organization actually adhered to or otherwise followed those standards.

3. "When Security Has Not Been Properly Trained or Supervised and that Lack of Training or Supervision is a Cause of Harm to Someone." Making sure an organization has properly trained security professionals is the cornerstone to ensuring that a process or protocol is carried out properly in order to maximize security for a subject and minimize harm. First a determination must be made whether it is better practice to hire security. If so, this must be done properly. The failure to even assess whether security is necessary may also be considered evidence of negligence. Accordingly, if there has been a determination to hire security at a particular business or at a particular property, the one doing the hiring must make sure that the security officer has been trained properly. If not, this can cause more harm to a subject because a. people who would otherwise initiate help fail to do so under the mistaken belief that the security officer has properly controlled a situation when, in fact, he or she has failed to do so thus becoming a cause of harm for the victim, or b. when a security officer fails to settle a dispute due to lack of training and makes it worse by interjecting him or herself into the matter and thus becoming an assailant. Further, organizations that fail to properly hire, train, and supervise security officers will not only be vicariously liable for the acts of the security officer, but may also be directly negligent and thus liable. It is absolutely critical that security officers have the requisite training to perform their job correctly. It is likewise critical that such organizations who choose to have security, properly screen their applicants and enact protocols to supervise those whom they hire to perform security functions and are constantly keeping up with security industry standards.

4. "Failing to Provide an Adequate Amount of Security." If a hotel has 300 rooms, 3 parking lots, and is 7 stories, most security professionals would argue that it is not appropriate to expect that property to be properly secured by one roving security officer. Having inadequate lighting or failing to have a security camera system in light of foreseeable harms are also indications of gaps in security. Thus, security protocols and processes must be commensurate with the circumstances/property and the community.

5. An architectural design flaw whereby a piece of property's design has made it more dangerous to visitors (this theory is best summarized as "Crime Prevention Through Environmental Design" or "CPTED"). Businesses should use a video camera system which records active events on the property. These recordings should be stored for more than a week at a time. Also, due to the nature of a particular business or property, it may be important to have a security staff member monitoring the video camera system in real time. Placement of the security cameras is also important along with having adequate lighting. According to the international CPTED association, Crime Prevention Through Environmental Design (CPTED) “… is defined as a multi-disciplinary approach to deterring criminal behavior through environmental design. CPTED strategies rely upon the ability to influence offender decisions that precede criminal acts by affecting the built, social and administrative environment. It is pronounced sep-ted and is known by various labels or names around the world, such as Designing Out Crime and other acronyms.” Finally, there are steps that can be taken on the property which may property deter crime such as: 1. Having a security presence, cameras, open areas and doing things which avoid there being a hiding spot for criminals. When a property is designed in such a way that criminals migrate there as a form of camouflage from capture, it may be said that there may be evidence of an improper design. Also, an evaluation of the existence of any and all control access devices must be undertaken by the attorney you hire.

The law in Florida is fairly straight forward. Here are some highlights:

A landlord has a duty to protect an invitee from a criminal attack that is reasonably foreseeable – Ameijeiras v. Metropolitan Dade County, 534 So.2d 812 (Fla. 3rd DCA 1988).

A hotel had a non-delegeable duty to guests to provide a reasonable safe premises, including reasonable protection against third party criminal attaks. – U.S. Security Services Crop v. Ramada Inn, 665 So. 2d 268 (Fla. 3rd DCA 1995)(landowner can still contract out performance of non-delegable duty but he is still legally responsible).

The law imposes on hotels, apartments, innkeepers, etc. the duty to keep their buildings and premises in a condition reasonably safe for the use of their guests. The duty of maintaining safe premises cannot be delegated to another. – Goldin v. Lipkind, 40 So. 2d 539, 541 (Fla. 1950).

A hotel owner’s actual or constructive knowledge, based on past experience, of the likelihood of disorderly conduct by third persons in general that may be a safety risk is sufficient to establish foreseeability. – Hard v. Pier 99 Motor Inn, 664 So. 2d 1095 (Fla. 1st DCA 1995).

Both a landlord and a tenant can have concurrent duties to provide reasonably safe premises. – Wal-mart Stores v. McDonald, 676 So. 2d 12, 16 (Fla. 1st DCA 1996) approved 705 So. 2d 560 (Fla. 1997) (Lease did not give exclusive control over parking lot to lessee, so even though lease placed greater share upon tenant, there was still evidence that landlord exercised some control over shopping center parking lot)

Among the duties owed by a landowner and business proprietor is the duty to guard against subjecting invitees to dangers which might have been reasonably foresee. Included among those is a criminal assault by a third party. – Levitz v. Burger King, 526 So. 2d 1048 (Fla. 3rd DCA 1988).

Supermarket not entitled to a directed verdict on the duty owed to customer assaulted in a common parking lot where extensive evidence existed concerning a history of prior similar occurrences in vicinity. – Winn-Dixie Stores v. Johsoneaux, 395 So. 2d 599 (Fla. 3rd DCA 1981).

Alleged knowledge of prior incidents by lessees, operators and owners of a shopping mall gave rise to a duty by all 3 to provide adequate security. – Eichenbaum b. Rossland Real Estate, 502 So. 2d 1333 (Fla. 4th DCA 1987).

A lessee of a parking lot owes a concurrent duty with the lessor to provide a reasonably safe premises. – Walmart Stores, Inc. v. McDonald, 676 So. 12 (Fla. 1st DCA 1996) (A duty of care is owed by the lessee to invitees under McDonald, whether the control is temporary or permanent).

Duty to provide reasonably safe premises is non-delegable, so even though hotel/motel may contract with an independent contractor to provide required security for guests, the hotel/motel is nonetheless vicariously liable for any negligence of the security service. – U.S. Security Services Crop v. Ramada Inn, 665 So. 2d 268 (Fla. 3rd DCA 1995).

A property manager who is in charge of a premises is liable for any injuries as a result of defects in the property of which it knew or should have known. – Improved, Benevolent, and Protected Order of Elks v. Delano, 308 So. 2d 615 (Fla. 3rd DCA 1975).

If you have been injured due to what you believe to be an act of negligent security, call Friedman Legal Solutions at 1-888-411-1677 for a free consultation today. Corey B. Friedman has experience in successfully litigating a variety of Negligent Security cases against international hotel organizations and multinational corporations.